Song-writing is a strange thing.  Some songs come together in a few minutes or hours; others take years to develop.  I’ve included here some that have reached the stage of being performable, and for which I’ve got written lyrics and chords.  The vintage of the material varies, but these have stood the test of time. 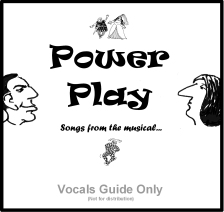 Are our elected leaders shapers of destiny or merely its instruments? Are they heroes, villains or buffoons – or perhaps all three?  Are they the stuff of tragedy or farce?

A satirical but thought-provoking insight into the world of contemporary Australian politics, Power Play confronts us with new perspectives, and challenges us to ask some fundamental questions about our society and the people who run it.

The vocal guide sound track to ‘Power Play’, a musical retrospective on the period of Julia Gillard’s prime ministership.  The play had a short but very successful season in Bellingen, NSW in late 2014.

The songs from ‘Power Play’ can be heard by selecting from the playlist on the right of this page. 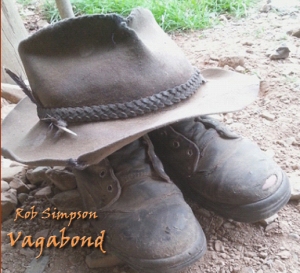 This CD is a collection of ten original songs.  The songs, written over a number of years, draw on impressions and experiences of a vagrant life.

From the chillingly prophetic Citadels of Glass, written a decade before 9/11, to the rap number Time is a Gypsy, from the rock blues Fighting Fire with Fire to The Flesh is Weak, a tribute to my recently deceased brother, the music crosses different genres, drawing on the myriad impressions and experiences of a vagrant life.

The songs from ‘Vagabond’ can be heard by selecting from the playlist on the right of this page.

*Lyrics to “When You Are Old” from W.B Yeats’ poem of the same name.

These are original songs that I’ve recently recorded.  The lyrics and chords for these songs are available from the list above.