I’ve included a selection of stories that cover a lot of subjects.  Some stories are samples from collections of related work; in these cases, this is indicated with the selected story, and further samples from the collections are available on request.

My first paid literary effort, completed while I was still serving out a teaching appointment at a small rural high school in northern New Zealand.  The piece, which was intended as a satirical comment on the culture of the place, appeared in the New Zealand Post-Primary Teachers’ Journal, (April 1978), a publication distributed directly into schools, three days before my scheduled return to Australia.  It was an interesting three days.

This short story, originally titled The Great Kalang Muster when it was written in the early 1980’s, was inspired by very real events related to the clash of cultures occurring in the Bellinger Valley at the time.  It belatedly won the ‘New Writers’ section of the 2001 Henry Lawson Short Story Awards.  Read more…

*Other stories involving animals include Wendy’s Echidna, Lucky Dog, The Living Arrangement and The Midnight Chooks. 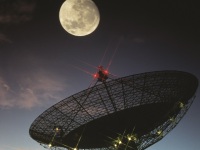 The Man on the Moon

This story, originally conceived a few years after the ‘first’ Gulf War, was inspired by the technological sophistication of the weaponry and surveillance systems used by the United States and its allies in that conflict.  George W. Bush, ‘9/11’ and the so-called ‘War on Terror’ weren’t on the scene then; but the same arsenal, a decade on, remains a core component of the US military and geopolitical strategy, which seems to have as its objective nothing less than the subjugation of anything that resists it.

Whether this outcome can be achieved remains to be seen; but if it is, it will decisively change the nature of world affairs, creating for the first time the military hegemony necessary for a truly global system of control.  I remain convinced that China, whose preferred model of ‘no frills’ world government aligns more closely with the immediate realities faced by the planet’s impoverished and disenfranchised populace, will be a key player in future events.  The story was written as a serialised narrative. Read More…

A later offering, based on my wife’s recollection of an incident in which she was involved as a young child.  A runner-up in the Wollondilly FAW Literary Competition (2006). Read more…